Strengthen your immune system and overall health with our custom blend of immunity herbs.

Polyphenols are naturally-occurring bioactive compounds known for their ability to help the body fight disease. Our Immunity Support Polyphenols are purposefully high-strength polyphenols from various plant sources in capsule form.

As a dietary supplement, take one* (1) or two* (2) capsules once a day. For best results take 20-30 minutes before a meal with an 8oz (250ml) glass of water, or as directed by your healthcare professional.

Caution: Do not exceed recommended dose. Pregnant women, nursing mothers, children under 18 and people with a medical condition should consult with their healthcare professional before using this or any dietary supplement.

* For a daily maintenance program, one (1) capsule should be sufficient. If you are addressing a deficiency or ailment start with two (2) capsules daily.

THE SCIENCE (we think this is the important stuff)

Quercetin is an antioxidant and anti-inflammatory herb extract polyphenol that promotes viral eradication or inactivation. It also modulates inflammation, this being a prime driver behind most illness.

Resveratrol is an antioxidant that also soothes inflammation and is exciting to scientists because it activates SIRT1 which, according to University of Brescia scientists, slows the ageing process.

Curcumin is the main active ingredient in turmeric. It has powerful anti-inflammatory effects and is a strong antioxidant.

However, the curcumin content of turmeric is only about 3%, as such many turmeric supplements fail to supply enough curcumin to be effective, the Institute of Functional Medicine recommends to have a minimum Curcumin strength of 400mg.

Green tea research demonstrates many strengths including its antioxidant and anti-inflammatory prowess.

It’s recognized to have cardiovascular and cancer preventative characteristics.

The main constituents of green tea are polyphenols called catechins, the main one being EGCG.

A Qassim University report states that: catechins, especially EGCG, and its potential value as an anti-arthritis agent has been demonstrated in several cellular and animal investigations.

A Kyoto University study summarizes the inhibitory effects of tea catechins against influenza infection and their great potential as effective antiviral agents.

These statements have not been evaluated by the Food and Drug Administration. This product is not intended to diagnose, treat, cure or prevent any disease.

WE STAND BEHIND, OR YOUR MONEY BACK

NATURAL SOLUTIONS
MADE POWERFUL WITH SCIENCE

This formula contains a gentle yet powerful blend of vitamins and herbal extracts that work hard to ...

Boost energy and overall wellness with Our Green Tea Plus....

Bolster your immunity with our potent combination of immune-supporting herbs, proven to be effective...

Celebrate your maturity with a health package crammed full of goodness! When you reach 50, it’s ti...

Thank you for submitting a review!

Your input is very much appreciated. Share it with your friends so they can enjoy it too! 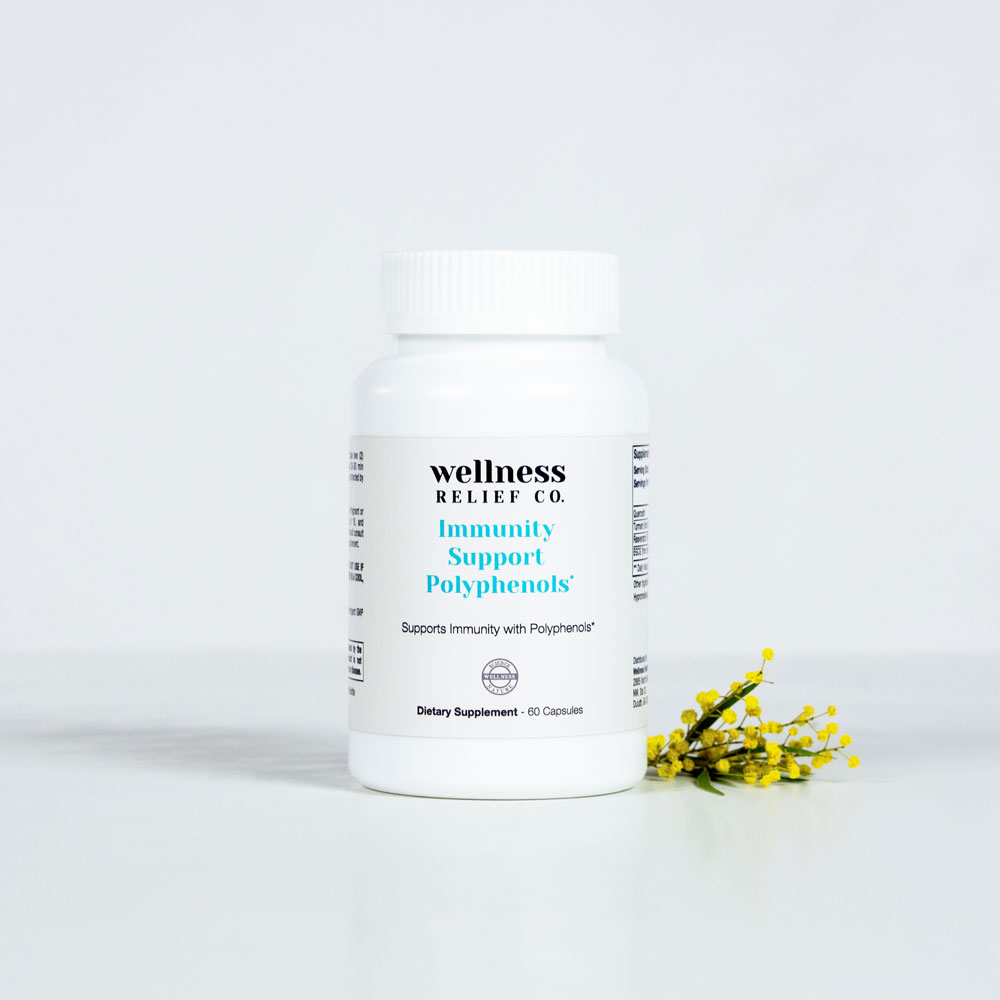 My immune system is back on tracking now after COVID

I contracted COVID last year, and my immune system took a huge hit. If I got sick or suffered from a mild cold, it would hit me so much harder than before! These supplements have massively helped to strengthen my immunity and general health, and now if I get the odd cold - my body is far better equipped to fight it. Thank you Wellness Relief Co.

No products in the cart.