Bolster your immunity with our potent combination of immune-supporting herbs, proven to be effective combat inflammation.

Warning: Andrographis may cause allergic reactions or taste disturbances, including loss of taste in some people. If you have a severe reaction (such as anaphylaxis), stop use and seek immediate medical attention.

As a dietary supplement, take one* (1) or two* (2) capsules once a day. For best results take 20-30 minutes before a meal with an 8oz/250 ml glass of water, or as directed by your healthcare professional.

* For a daily maintenance program, one (1) capsule should be sufficient. If you are addressing a deficiency or ailment start with two (2) capsules daily.

THE SCIENCE (we think this is the important stuff)

A blend of three of the greatest immunity support herbs used by man since ancient times.

The root cause of most poor health is inflammation – smouldering embers in the body caused by virus infection, bacteria, injury, malnutrition, toxins and stress. This often starts with a type of protein called an inflammasome.

These three Super herbs support optimal immune health in part by calming these inflammasomes. Individually powerful, together they support each other as a super combination.

Andrographis is another ancient herb long used in Ayurveda and oriental medicine. University of Benin scientists found it effective at soothing these inflammasomes and their inflammatory effects and scientists in Henan University, China rated andrographis paniculata as the most potent anti-viral herbal medicine ever discovered.

Echinacea is another popular traditional herb supporting immune function and reducing inflammation in addition to which University of British Columbia studies show it effective in containing viruses with membranes.

These statements have not been evaluated by the Food and Drug Administration. This product is not intended to diagnose, treat, cure or prevent any disease.

WE STAND BEHIND, OR YOUR MONEY BACK

NATURAL SOLUTIONS
MADE POWERFUL WITH SCIENCE

This formula contains a gentle yet powerful blend of vitamins and herbal extracts that work hard to ...

Celebrate your maturity with a health package crammed full of goodness! When you reach 50, it’s ti...

Help the body naturally self-regulate with this true super herb....

Thank you for submitting a review!

Your input is very much appreciated. Share it with your friends so they can enjoy it too! 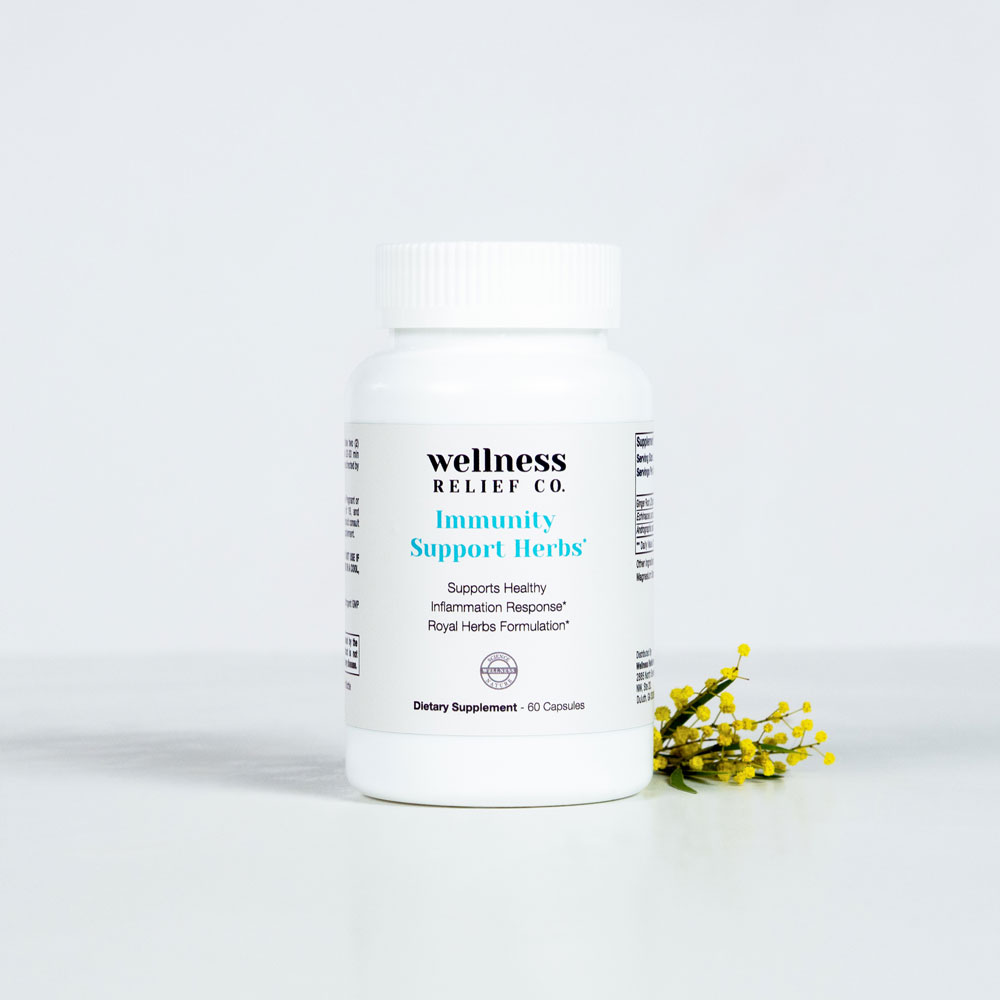 I can't live without these supplements!

I contracted COVID last year, and my immune system took a huge hit. I know that the root cause of most poor health is inflammation – smouldering embers in the body caused by virus infection, bacteria, injury, malnutrition, toxins and stress. I knew I had to start supplementing with something natural and effective, and I'm so pleased I found Wellness Relief Co. These supplements have helped to strengthen my immunity and general health!

No products in the cart.